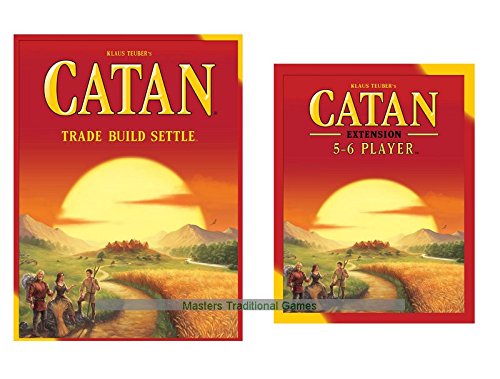 First published in 1995, Klaus Teuber’s Settlers of Catan has become one of the most popular board games and been awarded with ?Game of the Year,? ?Hall of Fame,? and even ?Game of the Century? honours in Germany, the United States, and a host of other countries worldwide.

It is a highly engrossing game for 3-4 players that involves strategic thinking and a bit of luck. A great game for family and friends to enjoy, we cannot recommend Catan highly enough.

A bundle including the Catan main game with the 5 – 6 player expansion.

Now you can compete to tame the shores of Catan with even more players. The expansion pack allows up to two more players to get involved making the board larger with more resources up for grabs.